Parkinson’s Disease and Incontinence: What is the Link?

Parkinson’s is a degenerative disorder of the central nervous system. It is caused by the loss of nerve cells, which contain a chemical called dopamine. Many people understand Parkinson’s Disease to only cause delayed movement and impaired balance.In reality, Parkinson’s Disease is much more complex. It can affect a person’s ability to do things people take for granted. One of the key problems people with Parkinson’s can experience is incontinence. Studies have shown prevalence statistics ranging from 27% to 85% for urinary symptoms in Parkinson’s patients.

How Can Parkinson’s Disease Cause Incontinence?

Individuals with Parkinson’s Disease can develop incontinence when the communication between the brain and the bladder becomes faulty. The bladder is a muscle that expands gradually as urine collects. At the opening of the bladder, there is a muscle called the sphincter. This muscle is usually closed except during urination. The brain controls both the bladder and the sphincter muscle. Under normal circumstances, the bladder begins to have small contractions that alarm the brain when 1-2 cups have been collected in the bladder. In Parkinson’s Disease, however, the brain lacks complete control over the sphincter. Parkinson’s disease attacks the brain, focusing on dopamine-producing cells. These cells are vital in maintaining brain health, as they deal with signals controlling muscle movement. In patients with Parkinson’s disease, the bladder becomes overactive and has unwanted contractions which can be impossible to stop. This miscommunication and lack of control can cause a person with Parkinson’s Disease to feel the need to empty their bladder even when there is just a small amount of urine present. Sufferers can also often find themselves finding it difficult to eliminate urine.

Do you or someone you know suffer from incontinence and Parkinson’s Disease? Post a question on our forum and share your experience. 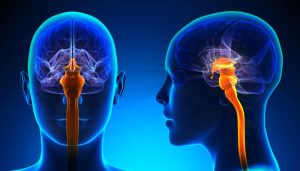 Parkinson’s Disease can affect the brain and spinal cord

Incontinence in individuals with Parkinson’s Disease can even be caused by a difficulty in mobility and reaching the toilet in time. Individuals can often find it hard to reach an upstairs toilet or get to a toilet that is far away. The ability to efficiently navigate and function in a variety of environments requires balance, agility and flexibility, all of which are affected by Parkinson’s Disease. Critical aspects of mobility disability in people with Parkinson’s, such as postural instability, are unresponsive to pharmacological and surgical therapies. Delay in movements may mean that even the height of the toilet may be a problem for someone with Parkinson’s Disease. Individuals can also often be scared of falling or slipping whilst they are using the toilet due to their condition. In addition to difficulty in mobility, it has even been shown that medication for Parkinson’s Disease can worsen the problem. Professional Geriatrician, Dr Forsyth asserts, “painkillers prescribed for tremor can cause weak bladder control and constipation”.

In some cases, difficulties in communication can cause incontinence symptoms. Parkinson’s Disease can cause lack of body language, such as common hand gestures. It can also cause a reduced volume of speech, difficulty articulating words and reduced facial expressions. Syntactic comprehension allows people to extract meaning from sentences by combining words in a particular order. Research shows that in extreme cases, this kind of language processing is not functional in Parkinson’s patients. This reduces the overall understanding of a conversation, which can severely affect communication. Studies also show that some Parkinson’s patients use language with lower information content than healthy individuals.

Assisting someone with Parkinson’s Disease and Incontinence 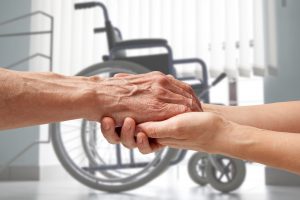 There are simple lifestyle changes and actions that can help someone you know manage incontinence and Parkinson’s. Here are some important questions to consider if you are taking care of someone with Parkinson’s Disease and incontinence:

There is a large range of pads and pants that can assist someone in maintaining their condition with dignity. If they are immobile, all in ones may be an ideal option so you can apply the product whilst they are in the lying down position. For further information on choosing incontinence products, you can read our Product Guides section.

Is the Route Clear?

To avoid delays or accidents, ensure the location of the bathroom is clear. The route to the bathroom should be safe and easy to access. This is particularly important if they have severe mobility difficulties.

Are they At Risk of Falls?

To prevent risks of falls and balance problems, you can purchase the appropriate handrails and commodes. In addition to keeping them safe, they can provide reassurance to an individual and prevent them from being scared of visiting the toilet.

What are they Wearing?

Although you should allow someone with Parkinson’s Disease to assert their individuality, you can ensure they are not wearing awkward clothing. Unnecessary zips and buttons on clothing can make it difficult to remove clothing in time, resulting in leakages. Try and encourage them to wear simple clothing that is fast and efficient to remove. 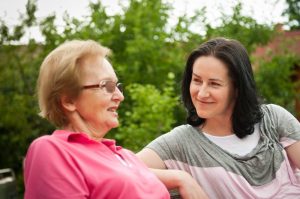 Related: Read about the everyday challenges of living with incontinence.

What are the Different Types of Light Incontinence Products? Previous post

How to Make Air Travel with Incontinence Easier Next post