The Impact of Reduced Oestrogen on Incontinence in Women

The peak prevalence of incontinence in women occurs around the time of the menopause. Recent studies have found that the reduced levels of oestrogen during menopause is a huge reason for this fact.

It is often hard to tell the difference between the impact of menopause and those of ageing on the body. A recent study aimed to discover the impact of oestrogen on incontinence. It consisted of 34 trials including more than 19,000 women of whom over 9000 received oestrogen. The review found that significantly more women who received local vaginal oestrogen for incontinence reported that their symptoms improved compared with placebo. It was also found that women who did not have incontinence at first were over 3 times more likely to develop incontinence once reaching menopause.

Are you suffering from stress incontinence? Read our advice blog to learn more about it and how it is treated.

Why Does Oestrogen have an Impact on Continence?

Often referred to as “the change”, menopause most commonly affects women aged 48-55 years. During menopause, a woman’s body suddenly stops making a hormone called oestrogen. Oestrogen is the main female sexual hormone, which is responsible for the regulation and development of the reproductive system. It also maintains the thickness and strength of your vaginal wall and urethral lining. The common symptoms of a lack of oestrogen are urinary frequency, urinary tract infections and urges to urinate. Stress incontinence and urge incontinence are the most common types of incontinence that are caused by a lack of oestrogen. Oestrogen therefore plays an important role in the continence mechanism with bladder and urethral function becoming less efficient with age. 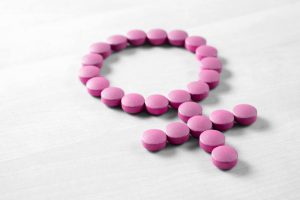 In addition to this, oestrogen also has an impact on weight and the mind. Studies have shown it to be connected with a decreased mood and depression, which can explain why many people going through menopause express having mood swings. Ulrika Jonsson describes her experience, claiming that she suffered “unimaginable anxiety” and memory loss while going through menopause. Loss of oestrogen can also have an impact on bone development, as a fall in oestrogen levels means rebuilding bones can be less effective. Oestrogen increases urethral resistance, raising the sensory threshold of the bladder by increasing adrenoreceptor sensitivity in the urethral smooth muscle. Cyclical variations in the levels of oestrogen and progesterone during the menstrual cycle have been shown to lead to changes in urodynamic variables and lower urinary tract symptoms. 37% of women notice a deterioration in symptoms prior to menstruation. Reduced oestrogen has also been associated with weight gain. Research suggests this may be why women approaching menopause are likely to become overweight. As obesity and incontinence are closely related, this is a reason in itself as to why menopause often causes incontinence.

You can read more about the link between obesity and incontinence in our guidance blog. 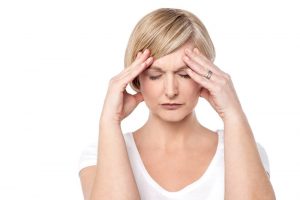 Menopausal hormone therapy has long been credited with many benefits beyond the indications of relieving hot flashes, night sweats and more, and is often prescribed to treat urinary incontinence. Oestrogen preparations have been used for years in the treatment of urinary incontinence although their precise role remains controversial. The evidence and opinions of oestrogen therapy vary widely, with some experts strongly supporting it whilst others are against it. The American College of Obstetricians and Gynecologists states, “for genitourinary symptoms associated with menopause, oestrogen has been shown to be beneficial”. When used in combination with an adrenergic agonist, it is often claimed to lead to vast improvement in urinary leakage. For women with urge incontinence, the chance of cure or improvement has been shown to be more effective than those with stress incontinence. A 2005 study assessed the impact of hormone therapy on symptoms of stress, urge and mixed incontinence and found it to be more effective on urge incontinence.

There are, however, risks from long-term use of systemic oestrogen, such as the development of heart disease, stroke and cancer of the breast and uterus. The controversial opinions on hormone replacement therapy means many Doctors are hesitant in recommending the method. If you do have symptoms of incontinence, talk to a Doctor or GP so they can assess your individual situation and find an ideal treatment method. 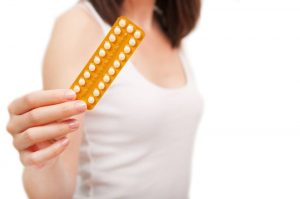 Have you experienced incontinence after reaching menopause? Post a question on our forum and receive expert answers.

Why is there a Correlation between Caffeine and Urinary Incontinence Severity? Previous post

What Prevents Seniors from Seeking Incontinence Treatment? Next post