How Does Benign Prostatic Hyperplasia Cause Incontinence?

It is estimated that around half of all men between the ages of 51 and 60 have BPH. Up to 90% of men over age 80 have BPH. As populations age, the condition is certain to become more common. The tendency for men to keep this issue to themselves means we may not even have an accurate prevalence statistic. A recent UK survey by the BBC revealed that nearly twice as many men as women had not visited their GP in the past year.

What is the Role of the Prostate?

The prostate is located below the bladder and in front of the rectum. The prostate goes all the way around a tube called the urethra. The urethra carries urine from the bladder out through the penis. The main job of the prostate is to make fluid for semen. During ejaculation, sperm made in the testicles moves to the urethra. At the same time, fluid from the prostate and the seminal vesicles also moves into the urethra. This mixture-semen goes through the urethra and out the penis. The prostate goes through two main growth periods as a man ages. The first occurs early in puberty when the prostate doubles in size. The second phase of growth begins around age 25 and continues during most of a man’s life. As you age, your prostate may get larger. It is during the second growth phase that Benign Prostatic Hyperplasia occurs. 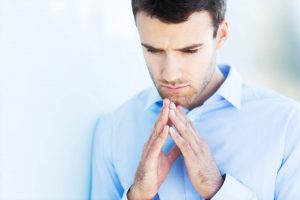 It is important to remember that Benign Prostatic Hyperplasia is not cancerous, nor does it lead to cancer. However, that does not mean it is not painful and uncomfortable to experience.

The Aggravating Side Effect: How Incontinence Occurs…

As the prostate enlarges in this condition, it can squeeze down on your urethra. This causes the bladder to weaken and lose its ability to empty completely, leaving some urine in the bladder. This side effect of Benign Prostatic Hyperplasia is described as “the ability to online urinate only a small amount, then needing to urinate extremely often.” 65-year-old Clarke Omdahle of Littleton, Colorado, described his experience. He asserts, “A traffic jam on the interstate was a nightmare”. He explains how the effects of Benign Prostatic Hyperplasia caused him to “plan daily activities with the closest bathroom in mind”. Clarks recalls how after his morning coffee and using the bathroom before leaving work, he would find himself having to stop and find a bathroom after a few miles on his way to work.

Are you a man suffering from incontinence? You can browse our incontinence in men section for useful tips and advice. 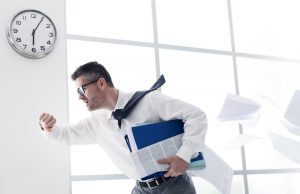 What Symptoms Should You Look Out For?

Men with Benign Prostatic Hyperplasia often feel helpless in their ability to fully empty their bladder. Individuals with the condition often go to a Doctor complaining of having trouble starting to urinate, a weak stream and loss of bladder control. The condition can also cause uncomfortable urinary symptoms, such as blocking the flow of urine out of the bladder.

You should look out for the following symptoms:

-Having to strain to urinate

What are the Risk Factors for Benign Prostatic Hyperplasia?

Benign Prostatic Hyperplasia is considered by professionals to be a normal condition of male ageing, as a large proportion of men aged older than 80 have the symptoms. The condition does not develop in men whose testicles were removed before puberty. Theories have shown that dihydrotestosterone (DHT), a male hormone that plays a role in prostate development and growth contributes to Benign Prostatic Hyperplasia. Due to a drop-in blood testosterone levels, older men continue to produce and accumulate high levels of DHT. Studies show that Diabetes, heart disease and use of beta blockers may also increase the risk of BPH. Benign Prostatic Hyperplasia is also thought to develop due to an increase in estrogen as men age. Ageing in men is associated with an increase in the activity of an enzyme called aromatase, which converts testosterone into estrogen. The increased estrogen level in prostate tissue is thought to increase the activity of substances that promote prostate cell growth.

Other risk factors include a family history of BPH, as it has been proven that early BPH can occur as a familial disease. Obesity, lack of physical activity and erectile dysfunction are also thought to be risk factors. 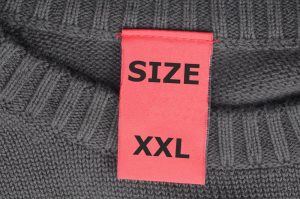 Does this Sound like You? Do not hesitate to talk!

If you notice changes in your prostate or are having symptoms of incontinence, it is vital to contact a Urologist or Doctor. Surprisingly, a recent survey of 500 men found that over half of men in the survey didn’t know what a Urologist is. This highlights the common fear of talking to a specialist. Do not feel embarrassed or become reluctant to seek help, as advice from a specialist can be life-changing. Urologists specialize in diseases of the male and female urinary tracts and of the male genital tract. They can test you for other help complications such as cancer.

A specialist will conduct a physical exam to see if other medical problems may be causing your symptoms. They will conduct a digital rectal exam to examine the prostate gland. Your Doctor will roughly estimate the size and consistency of the prostate to identify any problems. Do not worry about this process, as it is designed to ensure you maintain your dignity and is not very invasive. Your Doctor may also check your urine for blood or signs of infection, which can rule out any other conditions such as kidney complications.

Although incontinence due to Benign Prostatic Hyperplasia can be stressful, it is important to remember that it can be treated. Talking to a professional can make clear your options for treatment. 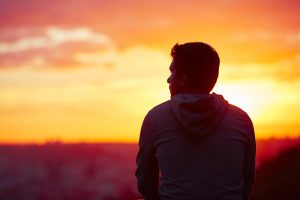 Are you thinking about purchasing some protective pants to manage your incontinence? Visit our blog about choosing the right male incontinence pants for guidance.

Why is there a High Prevalence of Incontinence in Stroke Patients? Next post