Overactive Bowel : What are the Causes and Symptoms?

The digestive system is the body’s sewer system that processes the body’s waste product of metabolism. The output is the faeces that we discharge through bowel movements on regular intervals.

Faecal discharges vary from person to person; toilet habits differ depending on the lifestyle of the person. The functions of the digestive system work in harmony with the other organs of the body. Dysfunction of one of these takes a toll on the other parts. One of the most common dysfunctions of the digestive system is an overactive bowel. It affects men and women in equal proportions and is estimated to affect around 15 percent of the population in the UK. This condition is also known as faecal incontinence, wherein the person cannot control the passage of stool for different reasons.

What Causes an Overactive Bowel?

Studies have shown that the nerves serving the GI tract are playing a big role in making the bowel act the way it does. Certain stimuli trigger painful bowel contractions that cause the GI tract to expel anything out, often with urgency and without enough warning.

Commonly known factors that cause overactive bowel syndrome include:

Crohn's disease is a long-term condition that causes inflammation of the lining of the digestive system. Inflammation can affect any part of the digestive system, from the mouth to the back passage, but most commonly occurs in the last section of the small intestine (ileum) or the large intestine (colon). Diarrhea and excessive stool production are common problems for people with Chrohn’s disease.

Anxiety and stress are known to stimulate an overactive bowel. Part of the fright/flight reaction includes reflex defecation. So, if nerves can exaggerate bowel action, the neuromuscular junction comes into play giving some ideas as to other conditions that may aggravate the problem. Stimulation from autonomic centres in the brain and reflexes in the spinal cord may be a factor but we know that bowel function is maintained even in patients with cord transection. Emotional or physiologic stress has no impact on the colon in patients who are quadriplegic. 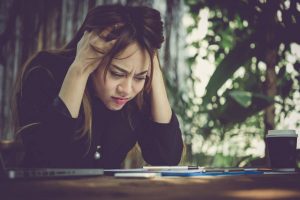 If a person is lactose intolerant, their body cannot digest the sugar in milk, called lactose. The problem happens occurs when the body doesn’t make enough of the enzyme lactase, which the gut uses to break down lactose. In addition to bloating or swelling in your belly, lactose can also cause someone who is lactose intolerant to have diarrhoea and excessive bowel movements.

Certain drugs such as antibiotics can often cause an increase in the frequency of bowel movements or even lead to diarrhoea as a side effect. The effects of a drug depends on the type of drug or supplement, quantity used and individual sensitivity to substances.

The small bowel, also known as the small intestine, is part of the digestive system that connects the stomach with the large bowel or colon. The main purpose of the small intestine is to digest and absorb food into the body. The small bowel is divided into three parts: the duodenum (which food from the stomach empties into), the jejunum and the ileum (which empties undigested food into the large intestine or colon). When the overgrowth of bacteria is severe and prolonged, the bacteria may interfere with the digestion and the absorption of food.

Recommended Faecal All in Ones

What are the symptoms of an overactive bowel? 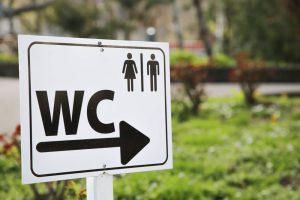 Common symptoms of an overactive bowel include:

Any of the above-mentioned diseases of the GI tract cause the aforementioned symptoms, hence exact diagnosis may be difficult to establish. It is important to get a professional advice from a reliable health care provider (GP or a gastroenterologist) and careful evaluation of the symptoms to determine the cause before recommending appropriate treatment. The process of elimination through an extensive medical check-up usually narrows down the possible causes and treatment may start.

Can Overactive Bowel Syndrome be Treated?

Despite the numerous studies conducted in the past, there is no known cure for an overactive bowel. It is not advisable to self-medicate, although over-the-counter drugs are available in pharmacies that you can purchase with or without a doctor’s presc

It is useful to try some of following treatment methods to reduce the symptoms of OAB:

National guidelines for nutrition and overactive bowel syndrome include the following tips:

As a last resort, you can purchase over-the-counter drugs with or without a doctor’s prescription such as:

Often, simply learning more about overactive bowel syndrome may help you to be less anxious about the condition, which may ease the severity of symptoms. An overactive bowel may be distressing and inconvenient, however it can be manageable and tolerable. 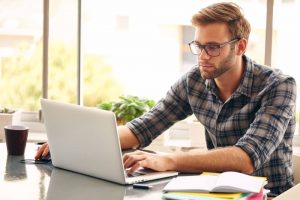 Read about the ideal Diet Plan for Managing Faecal Incontinence

Why Doctors Should Educate Women on Postnatal Incontinence