What is the ideal Diet Plan for Managing Faecal Incontinence?

The condition is known to cause emotional and social distress such as fear, embarrassment, social isolation, loss of self-esteem, anger, or depression. Recent research has even found it to be the second most common reason individuals are placed in residential homes. Faecal incontinence is often caused by digestive tract disorders and chronic diseases. The following conditions are known to cause faecal incontinence:

Here are some surprising statistics about Faecal Incontinence:

- Studies suggest that in the UK "major faecal incontinence" affects 1.4% of the general population over 40 years old and constipation affects between 3% and 15% of the population

- 65% of women and 30% of men sitting in a GP waiting room report some type of faecal incontinence, yet only 31% of these people report having sought help from a health professional 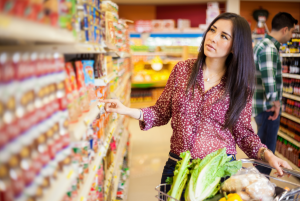 If your incontinence is caused by diarrhea, you should stay away from foods and chemicals that can easily upset your digestive system. If you have frequent diarrhea, it is likely that you already have a delicate digestive tract and should avoid substances that are known irritants. Liquids that are known irritants include soft drinks, coffee and alcohol. Dairy products, including milk, yoghurt and cheeses can also worsen diarrhea and faecal incontinence, especially if you are lactose intolerant. Health professional FI. Hansen found that fibre and wheat-containing foods such as pasta can cause symptoms of diarrhea and may partly explain the avoidance of carbohydrates by some individuals with faecal incontinence. In a recent study, the most common categories of foods thought to worsen incontinence caused by diarrhea were vegetables, spicy foods, fruits and fatty or greasy foods. Individuals who avoided eating ethnic foods had a lower faecal incontinence severity score compared to those who do not. Similarly, individuals who avoided eating foods associated with flatus also had a lower faecal incontinence severity score than those who did not. Researcher Hansen and colleagues outlined that stimulation of gastrointestinal motility by sorbitol-containing diet beverages was particularly harmful.

If you have frequent diarrhea and incontinence caused by a condition such as Crohn’s Disease, the National Institute for Health and Care Excellence has published a guide on dietary advice for diahrrea. The guide from NICE includes the following:

You should also avoid alcohol, nicotine and food and drinks that are high in sugar. Ensure you eat foods that are kinder to your digestive system such as potatoes, chicken, lean meat and yoghurts. 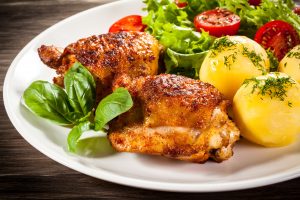 If your faecal incontinence is caused by constipation or haemorrhoids, your aim is to consume food and liquids that soften the stools. Severe constipation can lead to a mass of dry, hard stool in the rectum that is too large to pass. The muscles of the rectum and intestines stretch and eventually weaken, allowing watery stool from farther up the digestive track to move around the impacted stool and leak out. An easy way to soften stools is through consuming more foods containing fibre. Müller-Lissner and associates examined the relationship between foods, beverages, stool consistency, and constipation. They surveyed 200 healthy people, including 122 with chronic constipation, and 766 with irritable bowel syndrome with constipation to det0000ermine whether fibres produced harder or softer stools. The study concluded that more than 3 quarters of the participants found that taking a fibre supplement, such as benefibre or Metamucil every day softened stools. This highlights the importance of fibre in treating constipation. You can find fibre in foods such as fruit and vegetables, beans, wholegrain rice, bread, seeds and nuts.

In managing constipation and faecal incontinence, it is useful to prepare foods in alternative ways through adding ingredients such as fibre to dishes, varying spices and adding natural laxatives. You should aim to eat small, frequent meals rather than one big meal in the day. It is also useful to keep stools soft and formed through drinking at least eight glasses of liquid, preferably water. 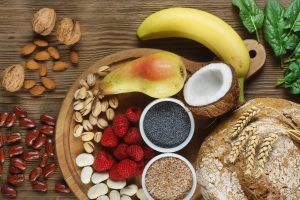 A knowledgeable healthcare professional can provide dietary guidance while assessing individual circumstances to ensure you are provided with the correct nutrition. For example, if you experience severe symptoms after consuming foods such as wheat or caffeine, your Doctor can help provide you with alternatives.

Before visiting a Doctor, it is a good idea to keep a food diary to track all foods and fluids you eat and drink over a fortnight. You should track the size and consistency of your bowel movements so the Doctor has as many details as possible. It is also important to prepare any other vital information that your Doctor might ask for. This includes when your symptoms began, how severe they are and what seems to worsen or improve your incontinence. You should also let your Doctor know whether you have conditions such as Multiple Sclerosis that may be causing your incontinence.

You can find more information on the management of faecal incontinence on our website. 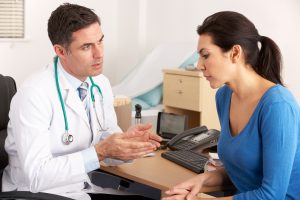