There has been a difficulty for professionals in establishing a single definition of mixed incontinence. One aspect that makes this definition difficult is that the stress component of the condition may be objective and “overt” or classed as “occult” when stress incontinence is elicited only after reduction of pelvic organ prolapse.

Who is more likely to develop Mixed Incontinence?

Mixed incontinence is much more common amongst senior women. However, there are many surprising factors that cause mixed Incontinence, including age, health factors and lifestyle. According the Urology Care Foundation, risk factors of mixed incontinence include pregnancy, chronic coughing, smoking, nerve injuries and pelvic surgery. Men who have had prostate removal or surgery for an enlarged prostate are particularly likely to suffer from mixed incontinence.

How is Mixed Incontinence treated?

According to the Urology Care Foundation, the majority of people suffering from both urge and stress incontinence do not seek treatment due to embarrassment and fear of judgement. However, if your incontinence goes untreated, it can lead to many infections and other problems. It is vital to find treatment for the condition as soon as you recognise it.

Treatment for mixed incontinence can often be challenging, as a single modality may be inadequate for alleviating both the urge and stress component. The optimum treatment of mixed incontinence may require multiple treatment modalities. However, it is useful to consider whether the stress incontinence symptoms or urge incontinence symptoms are the most troublesome. If you experience more stress incontinence symptoms than urge, your healthcare professional is likely to use the option of surgery as a last resort only. You are likely to be informed of lifestyle changes, non-surgical treatments and drugs. Stress incontinence can happen when the muscles supporting the bladder are weakened. This is commonly caused by pregnancy, childbirth, surgery or radiation to the vagina, rectum or prostate, injury to the pelvis and obesity. Urge incontinence, on the other hand, occurs when the bladder experiences abnormal bladder contractions. This can be due to damaged nerves from various diseases such as Diabetes, Stroke, Multiple Sclerosis or Parkinson’s Disease.

The treatment methods proven to successfully treat mixed incontinence are the following:

In TVT Surgery, a mesh tape is placed under your urethra like a sling or hammock to keep it in its normal position. The tape is inserted through tiny incisions in your abdomen and vaginal wall. No sutures are required to hold the tape in place. TVT surgery takes about 30 minutes and may be done under local anaesthesia so you can cough at the surgeon’s request to test the tape’s support your urethra. Recent studies have found this method to be highly successful in treating mixed incontinence. A study in 2001 evaluated the effect of TVT surgery in 80 women suffering from mixed incontinence.  At the postoperative long-term follow-up, 85% of the patients were completely cured. Another 4% were significantly improved.

Recently published outcomes of medical intervention for mixed incontinence have revealed promising results. A recent trial tested the effectiveness of medical intervention for mixed incontinence, enrolling 854 women with mixed incontinence. After eight weeks, tolterodine ER produced a statistically significant decrease in the weekly incontinence episodes compared with the placebo group. A higher proportion of patients receiving tolterodine ER reported improvement of their bladder condition and treatment benefit. Kreder et al even reported that tolterodine IR was just as effective in reducing the number of daily incontinence and frequency episodes in people with MUI as in those with urge incontinence alone. Doctors often prescribe those with mixed incontinence a medication called an anticholinergic to help relax bladder muscles. Duloxetine is a medicine that is prescribed for people with symptoms of stress incontinence, although it is usually used to treat depression. However, it was found to help with stress incontinence separate to its effect on depression. It is thought to work by interfering with certain chemicals that are used in transmitting nerve impulses to muscles. This helps the muscles around the urethra to contract more strongly. 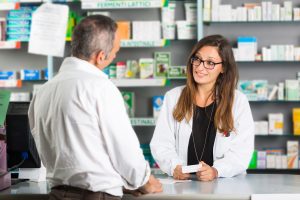 There are exercises and treatment that have been proven to treat urge incontinence and stress incontinence. To treat mixed incontinence, you can try the following:

Pelvic muscle exercises (Kegels): Pelvic muscle exercises are effective in strengthening the pelvic floor muscles and helping you control the flow of urine. You can identify the right muscles through stopping urination midstream and contracting these muscles. You should hold the contraction for 5 seconds and release for 5 seconds. You can repeat this 10 times, 3 times a day for significant improvement.

Bladder training: Bladder training can help your body to distinguish when it is the appropriate or inappropriate time to urinate. You can do this through going to the bathroom at set periods of time, such as every 45 minutes. Gradually increase the amount of time between bathroom visits to train your body and strengthen the pelvic floor muscles.

Behavioural Treatment: Behavioural treatment can teach patients how to control the physiologic responses of the bladder and pelvic muscles that mediate continence. This is particularly useful for focussing on symptoms of urge incontinence.

There are some simple lifestyle changes you can make to lessen the symptoms of both urge incontinence and stress incontinence. Fluid management is important in lessening the symptoms of mixed incontinence. You should not avoid drinking all together, as this can cause dehydration and counteract the problem. Try avoiding drinks which contain a lot of sugar or caffeine, such as coffee, tea, caffeinated sodas and alcohol. Surprisingly, smoking is an activity that also irritates the bladder. You should also ensure you do not hold in your urine for too long, as it can damage the nerves that send a response to your brain, instructing you where to go.

Before visiting your Doctor about mixed incontinence, it is useful to keep a voiding diary which documents the times of the day you leak, and what you ate or drank beforehand. When diagnosing mixed incontinence, your Doctor may give tests which can include a urine test, neurological exam, stress test, post-void residual volume and a cystoscopy or urethroscopy. 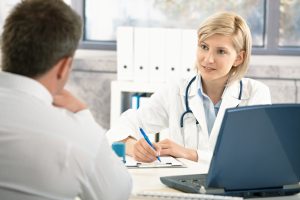 The Importance of using Incontinence Skin Care Products Next post